Educational lecture on the Jews in Denmark, during the Second World War. This was our first visit to the Jewish Museum in Denmark. It was a pleasant experience with dedicated staff. They opened the museum just for us. The building was made to simulate the travels of the Jews and the persecution of the Jews through time. The floors was uneven to make you feel seasick, as most of the Jews in Denmark escaped the concentration camps, by being shipped to Sweden by little fisherman boats. 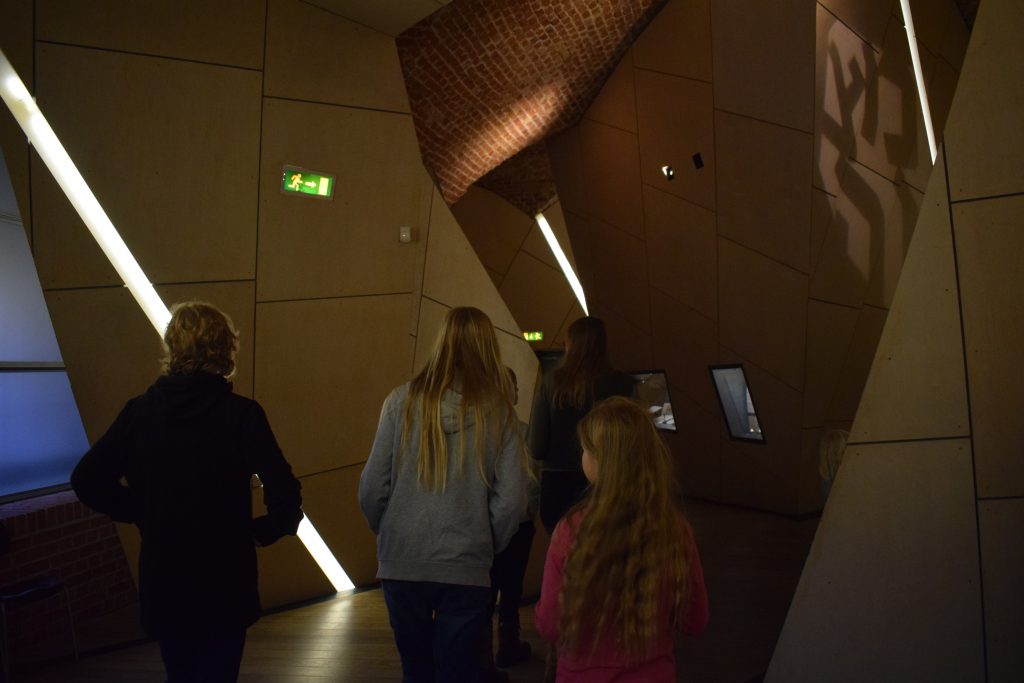 The Jews in Denmark was never made to wear the famous star, but it still was quite a sickening feeling to hold a real one in your hand. 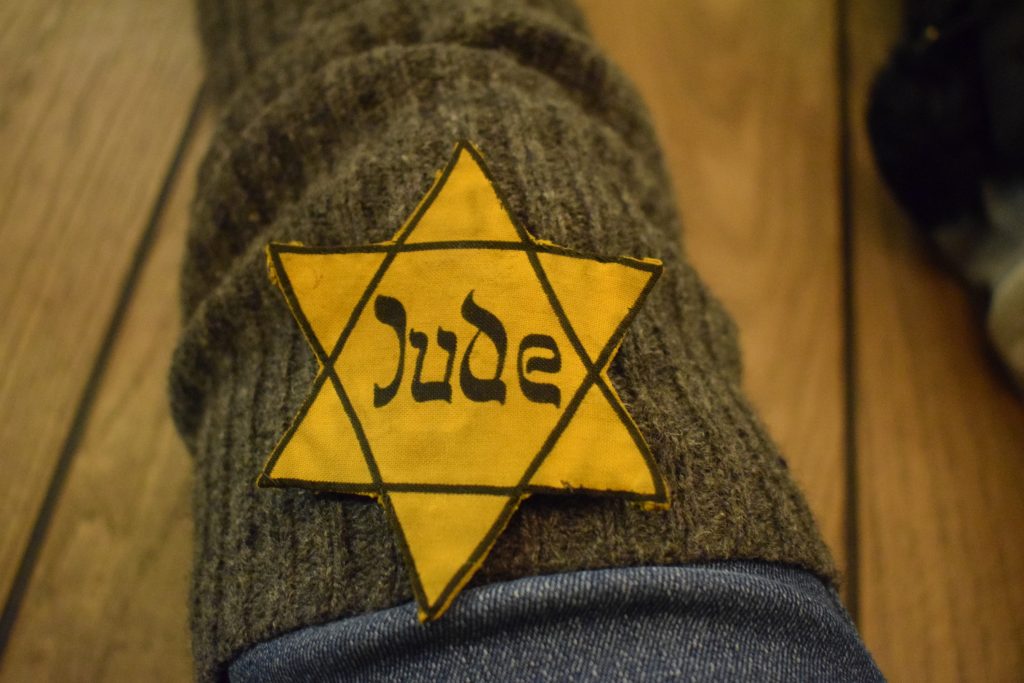 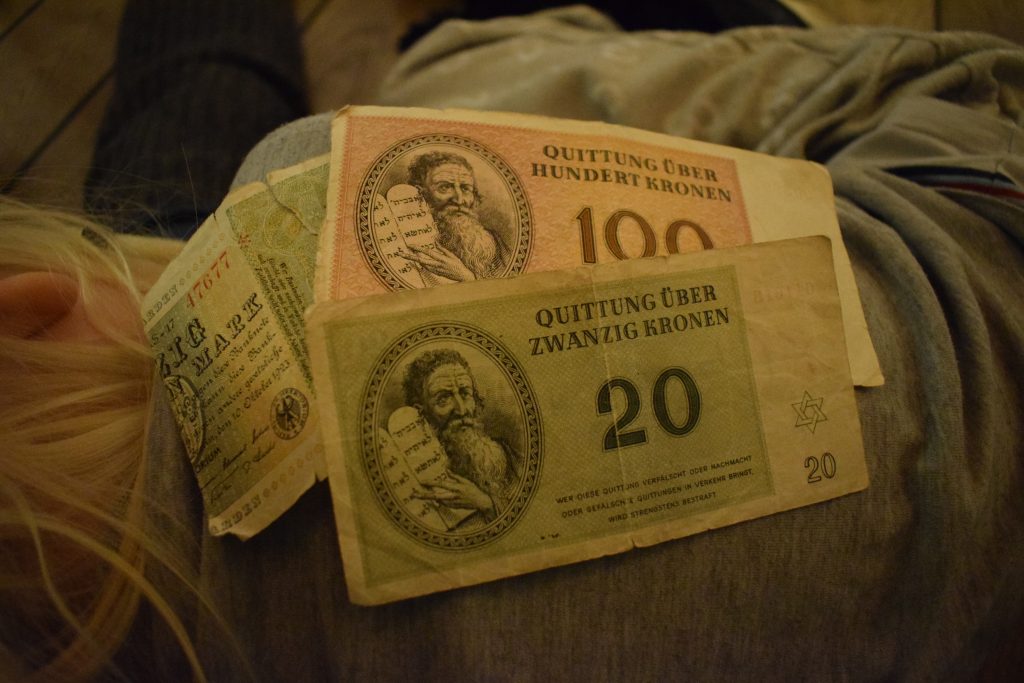 In the Concentration Camps they were paid monopoly money for their work. They had no real value. 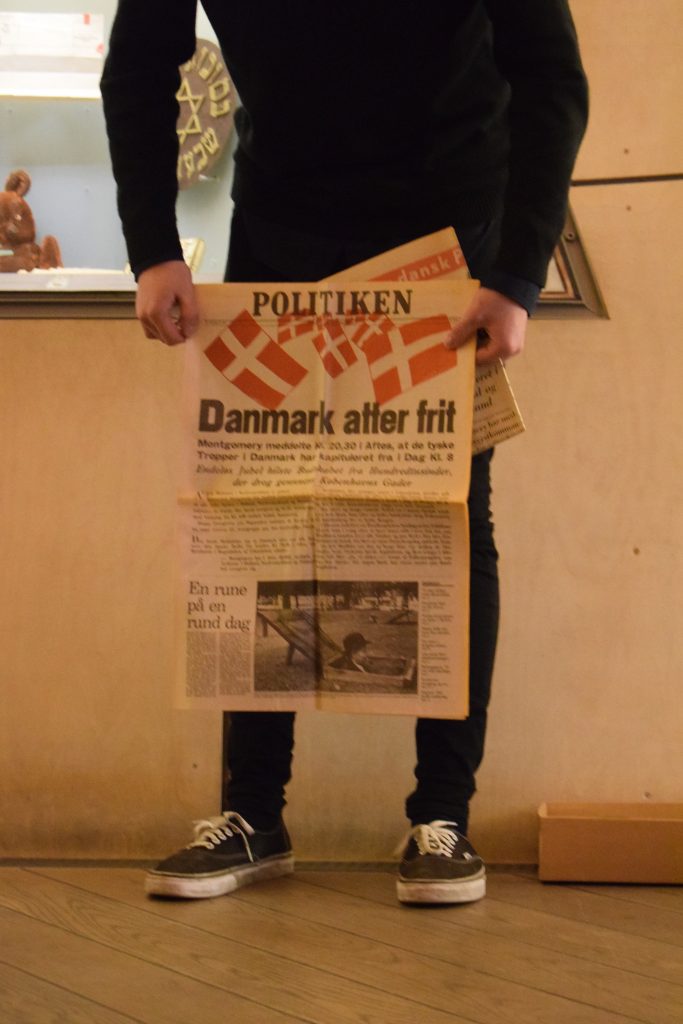 The famous frontpage from when Denmark was freed from the Nazis 5th of May 1945.